There’s nothing more exciting to a designer than to be given the opportunity to promote his or her own community, especially when that community is known for it’s brilliantly-creative constituents. A bonus feather-in-the-cap was that the Flyway Film Festival had been referred to as “one of the top three small film festivals in the country” (Brian Newman, founder of sub-genre and former CEO of the Tribeca Film Festival) and “one of MovieMakers Magazine's 25 coolest film festivals."

Flyway’s intimate size and accessibility, appreciated by audience members and filmmakers alike, create the optimal environment for sharing, learning and networking. Fuego turned this benefit into the theme for the festival’s 2013 promotional campaign: Film Up Close. A larger-than-life depiction of a film reel’s sprocket holes reveals dialog bubbles, representing the opportunities for meaningful conversation throughout the event. 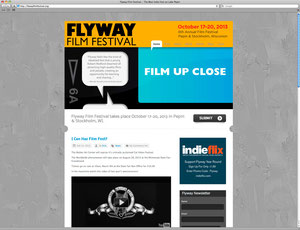 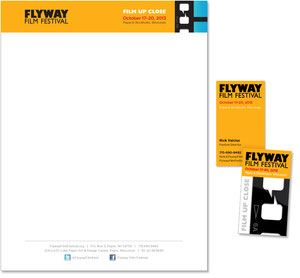 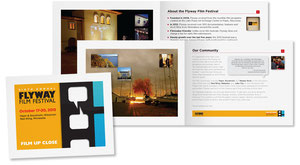 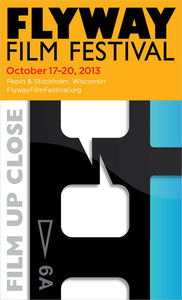 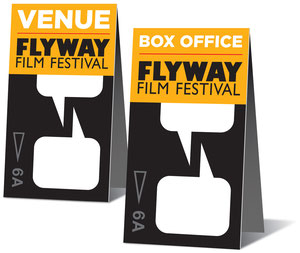 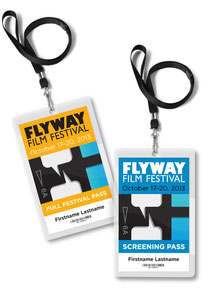 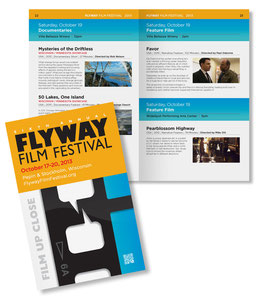 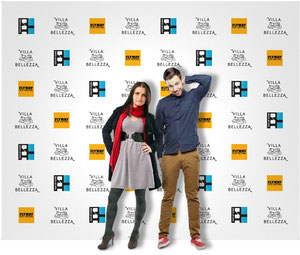